My daughter recently got a new job which is great.  She has finished all her training and is now working on her own and really enjoying it.  Until last Tuesday:

Eighteen text messages later I had agreed with every text she sent and finally got her calmed down.  In order to share the experience, I forwarded some of the texts to my husband and suggested that she share her annoyance.

And then I got one more text an hour later: 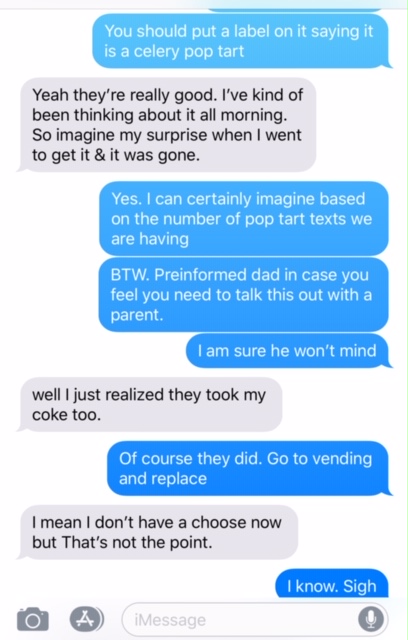 This is what I am sending her for her birthday next month:

IT’S ALL ABOUT THE PETS:

Abbey gets a summer cut every year.  She went to a new groomer this year.  Amanda said she was super good and everyone from the vet office would come back and say her name and she would wag her butt and tail in happiness. Amanda finally had to tell everyone to stop doing that.

Here is the before picture:

And here is the after picture:

My cute little one-eyed dog!  (But don’t tell her – she had it removed a few years back due to cancer)

And here is Abbey waiting patiently for Boca to finish taking a drink. Boca takes FOREVER to finish and poor Abbey has to just wait.  Sometimes she gets close and drools on him. BTW, that is their “Special Water.”  For some reason both animals think it is much better than the water inside. Probably because it has ice cubes. 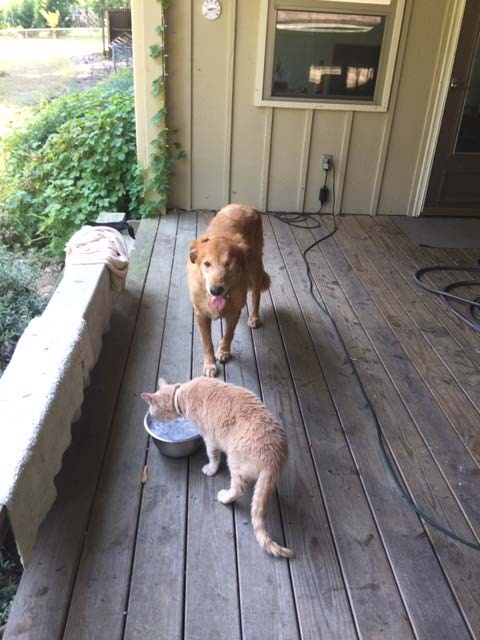 And here is Boca being Boca when I refused to let him bother me while typing: