My husband and I just celebrated our 33rd wedding anniversary.  Well, I wouldn’t really say celebrated. We got each other a card and said “Happy Anniversary.”  I mean, after you do this 33 times, you kind of know how it is going to go down.

So I got my husband a bag of beef jerky.  In his card, I told him that Google said the gift item for the 33rd Anniversary was dried meat.  My sister-in-law said it was really dream catchers. I decided to go with the dried meat. My husband is definitely not a dream catcher kind of guy.

He got me a new weed wacker and leaf blower. 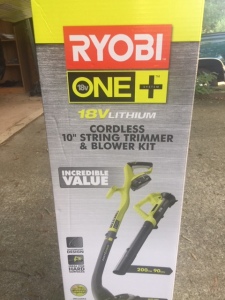 Exactly what I wanted! (Again, 33 years means if I want whimsical, I go buy it)

After 33 years I thought I would offer a few notes of what it means to be married for so long:

Looking forward to year 34.  If I remember correctly I believe the gift item is wooden kitchen utensils.